Is your team losing deals that you know they should have won? Watch on-demand as Pere Codina, Kompyte CEO, addresses how you can stop wasting time and resources by leveraging competitive intel to improve your sales outcomes. 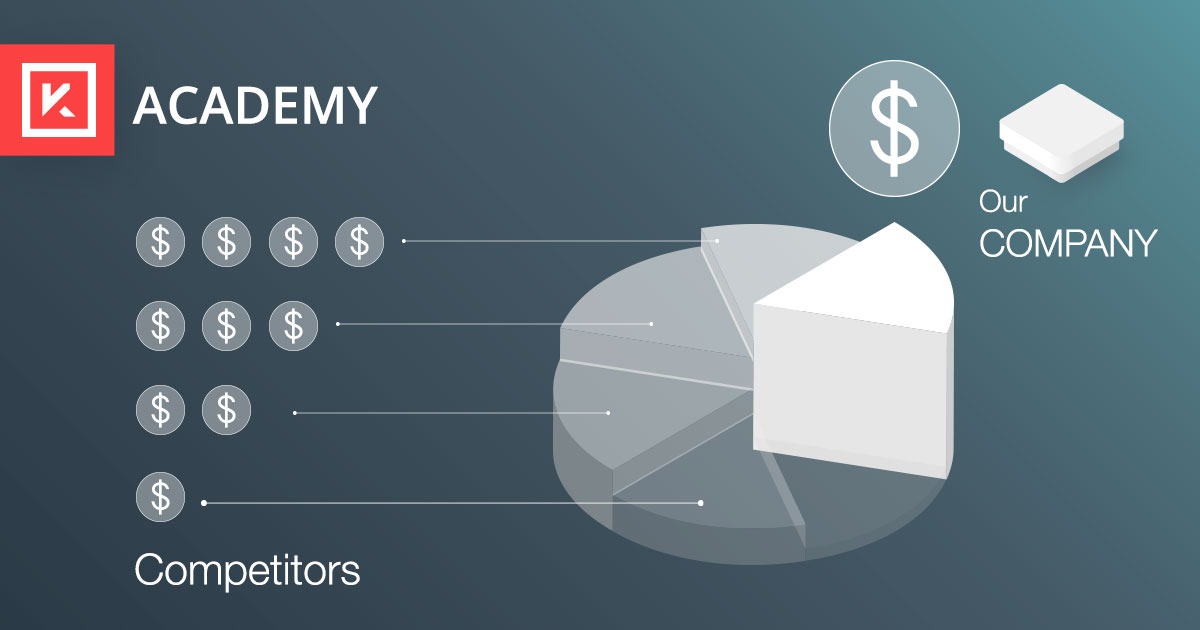 Last week we were so pleased to attend the PMM Summit in San Francisco for the first time. The event was a rush of knowledge and networking. Surrounded by like-minded professionals, the speakers dove into some of the most challenging topics facing product marketers and sales enablement professionals.

Of all the experiences packed into two days, the most memorable for us was being invited to have our very own Pere, Kompyte CEO, present last minute on a keynote session: Defending your market share and winning more deals with competitive battle cards, and we’re here to give you the highlights.

First, our team was very excited to attend, let alone present on a topic that is near and dear to our hearts. Second, no matter your role at your company you will probably concede that there is nothing more painful than losing a deal to a competitor when you’ve put in the time, money, and effort to acquire them.

The biggest question every leader asks themselves is, can you prevent losing deals to competitors? In simple terms, there is no silver bullet that can help you win 100% of the time. However, there are ways you can increase your competitive win rate and lower the number of deals you’ve spent countless hours and dollars acquiring only to lose it in the last stages.

When a deal is lost, marketing and sales people alike, start pointing fingers. We all know that there are tools that can help prevent losing sales, but not many people want to put that in their already tight budget. However, from an economic standpoint, it’s worse to sit and watch as the problem continues. Questions start pouring in:

At some point, the questions above will bubble up, and answers will be demanded from product marketing and sales enablement. We took the liberty of creating a five-step process that is sure to increase your win ratio and defend your market share using battle cards.

We talk to product marketing, sales, and sales enablement teams regularly. From those conversations, there are four common pain points with the collection and dissemination of competitive intelligence today:

You could have all the intel on a competitor in the world, but the gap is where and when it gets used. If it’s not easily accessible or laid out in a consumable way, all the effort that went into collecting it doesn’t matter.

Reps need to be able to leverage the competitive information to their advantage. If you’re not providing it and laying it out in a consumable way, then it doesn’t matter.

Starting with the Competitive Advantage Framework

It all comes down to the time it takes to collect competitive information. The biggest reason battle cards become outdated is because of the sheer amount of time needed to research each competitor across countless channels. For some companies, manually collecting can take hours or weeks.

Process + technology:
Start by combining a process and technology. Integrating these reduces the amount of time spent researching to less than 1 hour a week. Of course, this is highly dependent on technology.

A bonus is if you’re able to have a tool that includes the ability to unify the feedback loop from users. It’ll improve the battle card usage and efficiency overall.

After you’ve automated the competitive research process, you can move on to the creation of your battle cards using the KISS (Keep it simple…) method. The overall goal is to make the process of creating and using battle cards easy, without losing quality.

Curate intel needed to close deals
Prioritize relevant information for your reps. Excitement can boil over into adding everything you’ve found into battle cards. However, if you put loads of information in front of a rep, it can confuse and distract from winning the deal. Let’s be clear: reps can get overwhelmed. You want to make sure their focus is on closing deals, not doing competitive intelligence research themselves.

For example, when you want directions, you use you’re GPS, you don’t pull out our paper map and look at all the routes possible to get from point A to point B. You want the fastest route to your destination. Sales reps are the same way when they’re on a call or in a meeting. They only need the information that’s going to help them answer those tough questions or address the objections.

The goal is to be short, sweet, to the point, and ACTIONABLE.

Pro tip: Curate competitive intelligence in-house. You’ll be able to get information from anywhere or anyone, but at the end of the day, do you want someone else positioning your company against competitors? No, you want to provide them information that’s going to be relevant and help them make the sale.

Minimum viable battle cards (MVB)
Make it simple. If one thing isn’t working, then remove it, reduce the noise. Does the sales rep need to know something that happened three years ago? Probably not. Stick to the basics:

Battle cards should be a single source of truth. Everyone has run into the issue of version control. It’s a marketer’s worst nightmare. Picture this: You shadow a sales call, mortified, you see the sales rep is using an old slide int their presentation. The same is true for sales reps using battle cards. You hear a sales rep quote something you know is entirely out of date. It turns out; the sales rep couldn’t quickly find or access the most updated battle card.

So how do you avoid this? AUTOMATION. Automate the delivery of new intel on a battle card. It should be table stakes that your competitive intelligence tool automates and integrates with your CRM or sales enablement platforms.

If a sales rep is on a call and can’t quickly find the information they miss out on the opportunity to address an objection or correct a misconception. They need that information to compete intelligently. You can’t force a rep to add another tool to their toolbox. One place, one click. One battle card (per competitor).

Step 4: Train your team to win

A ‘one-and-done’ training model doesn’t work in this day and age. Training should be a regular occurrence. Consider the following training models:

The final step is to measure. Measuring results is where things can get complicated, but if the four steps listed above executed, you can start measuring:

The metrics you measure are highly dependent on the outcomes you want to reach. For example, if you want to understand how your battle cards are being used to influence win/loss rate, you need to start by measuring the actual usage. With an integrated system of record, tracking battle card activity by user and level of engagement is crucial. You’ll be able to see who opened the asset, and what updates they’re suggesting.

Over time, you’ll be able to correlate the usage of the battle cards directly reflected in the win/loss rate for each sales rep. Are active users winning more deals?

Our competitive advantage framework was created to help organize the competitive function to drive measurable ROI. Enabling sales teams is very difficult. It requires tons of work to create, disseminate, train, update, and drive adoption. Using an automated system to collect, analyze, and notify the appropriate stakeholders can increase your win ratio and defend your market share using battle cards.

For more tactics to increase your marketing performance visit our Academy

3 new ways to detect new competitors in your space & why

Stop trying to foolproof your business and gain insights into emerging competitors. Don’t be caught off-guard know what the competition is up too.

Defining which social platforms matter for your business

Engaging on all social media platforms has the potential to attract lots of customers, but it doesn’t mean its working. Find out how to determine...

Competitive Intelligence Academy: 6 competitive insights you should be watching for and incorporating into your product and marketing strategies to...

Get notified on new marketing insights

Be the first to know about new B2B SaaS Marketing insights to build or refine your marketing function with the tools and knowledge of today’s industry.